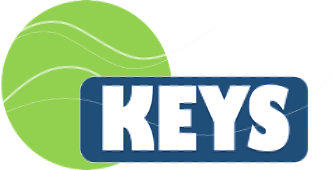 With the goal of sustainable urban water management, the German-Chinese joint project KEYS is contributing to the implementation of the sponge city concept in China with specific innovations. Specifically, KEYS is developing innovative technologies and implementing them primarily in the "sponge city" of Beijing. The measures are being supported, evaluated and implemented by a German-Chinese team of scientists and integrated into transferable concepts.

In China, the concept of the sponge city has become a key factor in urban development. A concerted effort is being made to create green and blue infrastructure on urban surfaces, which should bring significant future benefits in terms of dealing with rainwater. The main catalyst for China's nationwide guidelines for implementation of the sponge city concept was recurring or even increasing urban flash floods, which caused significant damage to urban infrastructure and resulted in numerous deaths. But further considerations on the storage and use of rainwater are also central elements of the sponge city concept.

In 2016, Beijing was nominated as a pilot sponge city. The associated pilot measures are currently being implemented in Beijing's Tongzhou district, which was recently moved to the city government of Beijing. The sponge city measures are supported by the scientific knowledge from the Mega Water Project Tongzhou. The joint project KEYS is the interface for German contributions to the ongoing Mega Water Project, which will be completed in 2020.

The objective of KEYS is to provide needs-based assistance with the concrete implementation of the sponge city concept and to embed it in the context of sustainable urban water management. The project is not only addressing different sponge city elements and the composition of sponge urban areas, but is also focusing on issues that have not received much attention until now. These include, for example, material and hygienic questions regarding the degree of contamination of precipitation in sponge cities or the treatment requirements for the storage and use of water.

In the KEYS joint project, two research institutes and six commercial enterprises are working closely with the Chinese partners in Beijing and Shenzhen. The focus of the project is the implementation of several demonstrations, which will be implemented primarily in Beijing as well as in Shenzhen and exhibit the innovative German contributions. Specifically, these are adapted retention ground filter technologies, the use of mobile measurement units for extended data collection in urban catchment areas, the further development of individual sponge city elements as well as comprehensive approaches for the modelling of sewage treatment plants and of measures for integrated rainwater management. However, the connection of the sponge city areas to the existing underground drainage infrastructure as well as the inclusion of the resulting material effects on sewage treatment plants will also be comprehensively investigated together with the Chinese authorities.

The KEYS demonstrations are being flanked by three research work packages, which will assist in the preparation and support of the demonstrations on a scientific and technical basis. These will cover the priorities of intelligent sponge city concepts, sustainable water management in the urban catchment and environmentally friendly wastewater treatment. The technical foundations are being based on certain topics, data is being collected, plans are being prepared and, after implementation of the measures, the commissioning and first phases of operation will be scientifically monitored, evaluated and transferred for use in higher-level concepts.

Due to the strong connection to ongoing Chinese projects and development goals as well as the close cooperation of the German and Chinese project partners, KEYS stands for a targeted technology transfer that is in demand from the Chinese side. The changes in future urban development initiated in China are a very good opportunity to present and introduce German innovations on-site. However, the experience gained in China will also be of great value for urban planning and development in Germany in order to advance water-sensitive urban development adapted to future needs and local conditions.