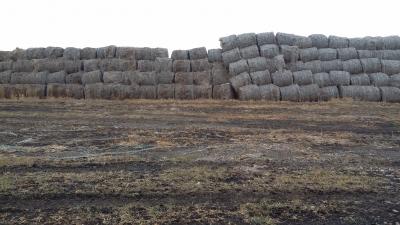 Although the project is ongoing, the project coordinators of the CLIENT II project LINOKAS have received their first enquiries to sell the technology they have developed in the project to industrial partners and export it to Central Asia.

The LINOKAS project is developing fibres from the oil flax plants that are primarily grown in Central Asia for the production of oilseeds. Despite the demand for cellulosic and textile raw materials seeing strong growth worldwide, in Kazakhstan over 1 million hectares of oil flax straw are burned in the fields each year after the seed rush. This potentially profitable resource has gone unused due to the lack of technological solutions for processing further.

Key political and economic players in Kazakhstan have now recognized the potential inherent in transforming what was previously considered a waste product into an innovative raw material – and therefore become aware of the CLIENT II project LINOKAS. The project team has received enquiries from industry to export oilseed rape fibres and the extraction technology thy have developed to Central Asia, as well as to take over the marketing of this new technology. LINOKAS has therefore take a big step towards its project objective of generating multiplication effects and supporting the expansion of the German engineering partners’ export activities.