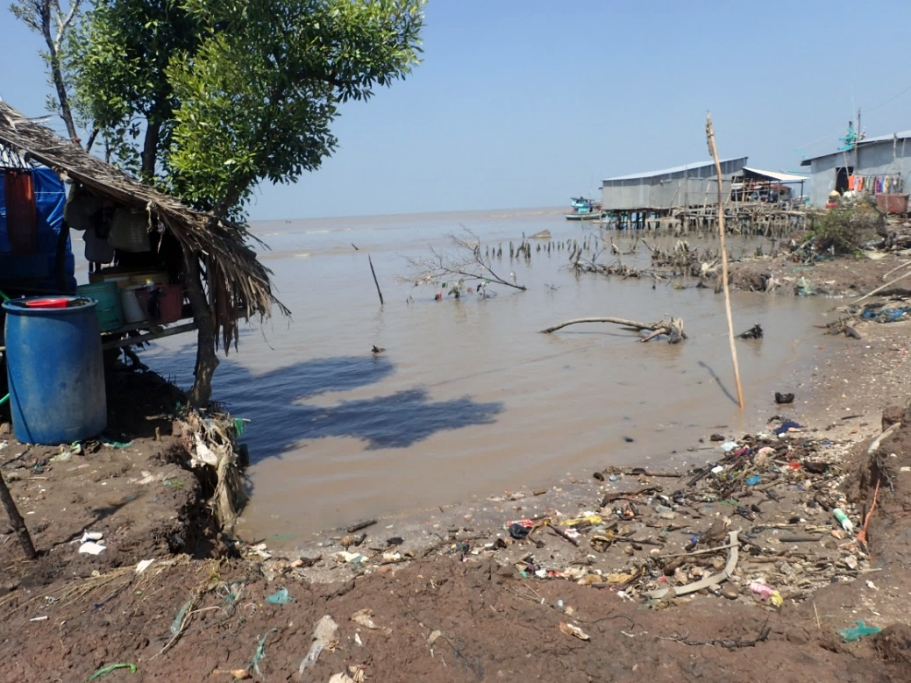 Cultivation on the southwest coast of the Mekong Delta is endangered by coastal erosion, Vietnam

Researchers from the IEEM - Institute of Environmental Engineering and Management - at Witten/Herdecke University (UW/H) are working on the conservation of freshwater and land resources in Vietnam in a new joint project. Together with German and Vietnamese partners, they are developing strategies and technology in the Mekong Delta. The interdisciplinary German-Vietnamese project "Vietnam Water Technologies" (ViWaT) is funded by the Federal Ministry of Education and Research (FMER).

The work focuses in particular on coastal protection, sustainable water management and regional water and land use planning. In addition to research institutes, this integrative project also cooperates with a large number of industrial partners as well as Vietnamese partner organisations in the fields of engineering, economics, earth science and planning.

In the Mekong Delta in southern Vietnam, about 18 million people live in an area that is about the size of Baden-Württemberg in Germany. The region is very important economically due to rice cultivation and aquaculture. However, climate change and other man-made influences are putting a heavy strain on the region, which is why the Mekong Delta is threatened in the long run. The intensive use of groundwater in recent decades has thus led to a sharp drop in groundwater levels and to a sustained landfall of up to several centimetres per year. The annual sea-level rise of about two to three millimetres caused by climate change is added to these factors. In addition, the Mekong is now bringing less sediment into the estuary, because large dams have been built especially in China and Laos. In addition, the deforestation of the protective mangrove forests is causing severe erosion and a rapidly progressive loss of up to 50 meters of land per year in coastal areas. But the banks of the canals and rivers are also badly affected by erosion. At the same time, salt water infiltrates the surface waters and aquifers of the delta as a result of groundwater overuse and inadequate water management. Furthermore, because most of the wastewater is discharged into river branches without purification, freshwater is scarce and of poor quality.

The ViWaT project has been launched to meet these challenges. It is funded by the FMER in the framework of the ´"Client II - International Partnerships for Sustainable Innovation" program with approximately eight million euros and is planned for a term of three years. The main goal of ViWaT is to develop sustainable and adapted strategies, concepts and technologies for the protection and conservation of land and water resources. In addition, the researchers should be able to develop suitable measures that contribute significantly to sustainable water and land use in the Mekong Delta.

This article was published online on February 25, 2019. The text is published here courtesy of Witten/Herdecke University.