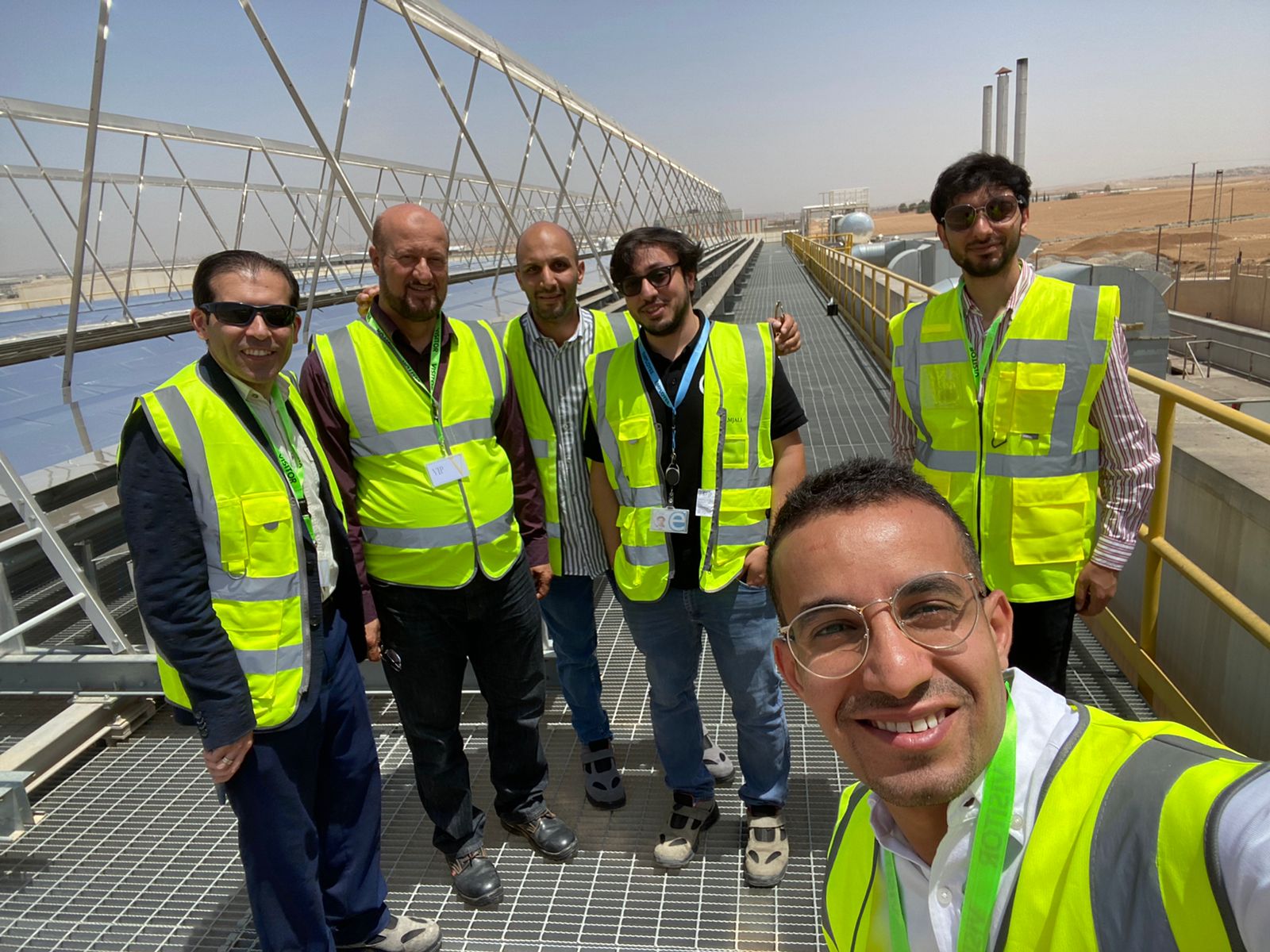 The team during the measurement preparations. © Industrial Solar

Within the JOSSI project, the two-phase flow (water-steam) of a Concentrating Solar Power plant is investigated. Practical preparations for the first measurement campaign have now started.

Solar process heat can make a major contribution to the decarbonisation of industry. Collectors that can also generate steam are particularly helpful here, as steam is the most widespread heat transfer medium in industry. First commercial plants are already in operation. The JOSSI project aims to promote their diffusion - by reducing costs and increasing yield.

Both can be achieved through a better understanding of the two-phase flow (water-steam). To this end, the project will install a special grid sensor in a solar thermal steam generation plant at JTI in Jordan. The sensor will collect high-resolution flow data over extended periods of time. The raw data will then be converted into flow shapes by the research partners, which can be used to optimise the operating parameters of the control system.

In preparation for the measurements, a first on-site meeting was held in June 2022 to plan the measurement campaign with the project partners from industry and research and to define interfaces.

The meeting in Amman was attended by participants from the National University College of Technology, Middle Eastern University, JTI, and Industrial Solar. The start of the measurement campaign is planned for September 2022.