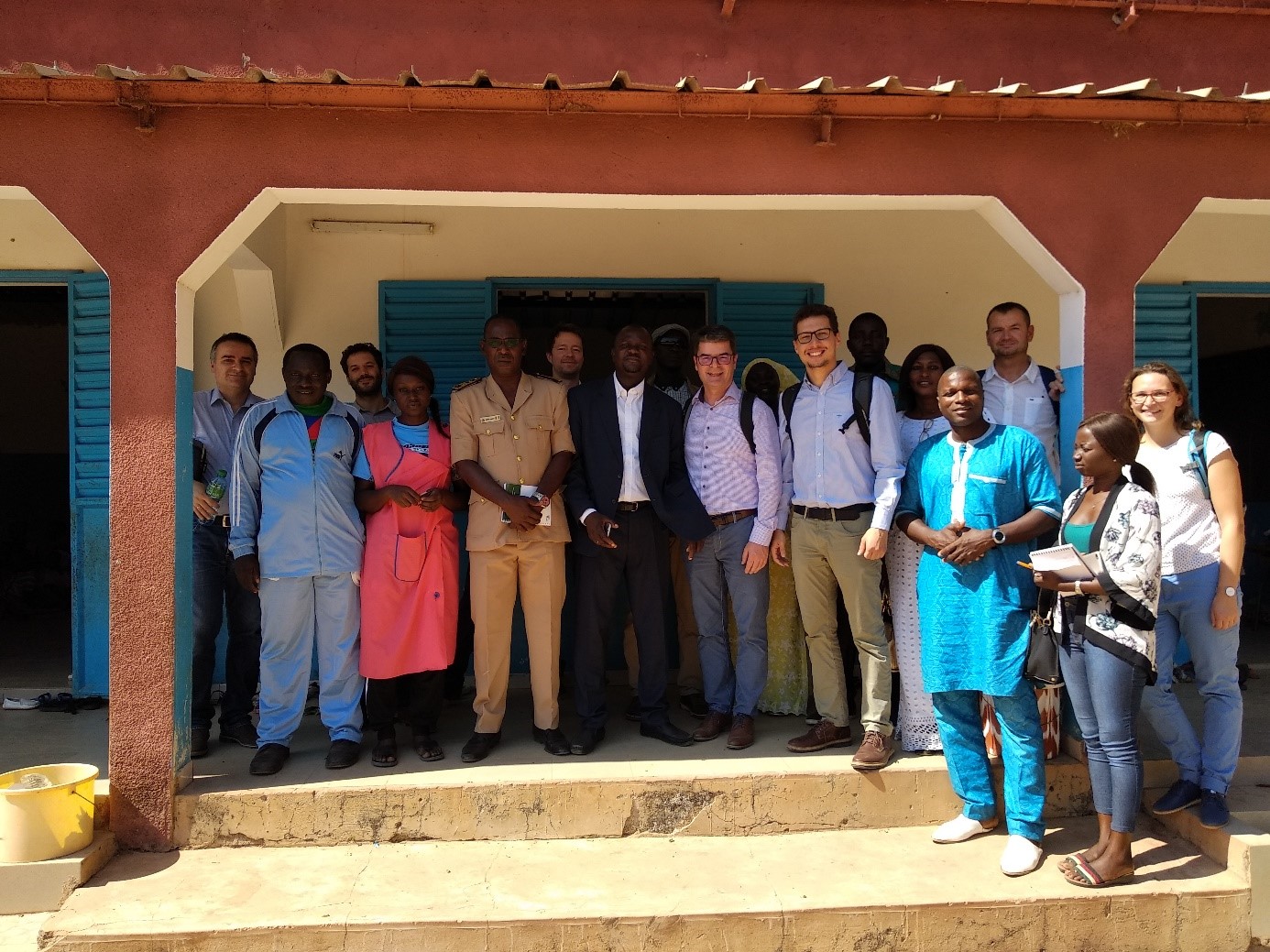 At the end of November and beginning of December 2019 the IfaS and Nuertingen-Geislingen University Teams visited both project areas in Senegal to meet partners, collect data and advance with the planning and procurement of the investments and the two other pilot projects.

At the end of November and beginning of December 2019 the IfaS and Nuertingen-Geislingen University Teams visited both project areas in Senegal to meet partners, collect data and advance with the planning and procurement of the investments, namely the PV plant and the LED street lighting, and the two other pilot projects, namely the biogas feasibility study and efficient pumping management concept. The German Municipality of Nohfelden was able to join the first part of the trip due to funding of the SKEW (Service Agency Communities in One World)[1] in order to start a community-based, development cooperation partnership with one of the LoSENS project partners, the Municipality of Balinghore. This partnership can serve i.a. to realize and finance concrete projects to foster the sustainable energy transition identified by the master plans developed within the LoSENS project.

As first part of the trip in late November 2019 the German delegation visited several facilities in Balinghore to collect data and advance with outline of measures and recommendations for a sustainable development and energy management on the local level. The site visits included the water provision system including water towers and pumping stations, the community owned facilities, such as schools and health centers, existing biogas plants on the household level, and agricultural initiatives, mainly supported and operated by women cooperatives.

After the visit of Balinghore in the South, the IfaS and Nuertingen-Geislingen team travelled to the North of Senegal to the second project area, the city of Saint Louis. Similar to the activities in Balinghore, also in Saint Louis site visits and project meetings with the Senegalese partners were on the agenda and helped in advancing with data collection and concretization of the master plans and pilot projects. Before arriving in Saint Louis at a stopover in Dakar IfaS met local companies building and operating PV plants, two branches of GIZ to investigate synergy potentials and share information, and project partners from Cheikh Anta Diop University as well as the central office of ONAS (Office National de l'Assainissement du Senegal).

IfaS visited afterwards also the local office of ONAS in Saint Louis to discuss waste water treatment and its future as well as options to contribute to the local energy transition e.g. related to biogas potentials and pumping management. In Saint Louis meetings and workshops with several partners and other stakeholders were conducted, such as the NGOs Enda Energie and Le Partenariat, the ADC (Agence Communale de Développement), the Local Technical Service Utility (STM) which is i.a. responsible for street lighting, SENELEC as the electricity provider and grid operator, and SDE (Sénégalaise Des Eaux), who are responsible for water supply. At Gaston Berger University two workshops were organized specifically on the topics of solar energy usage and biogas projects and opportunities.

To build upon the progress achieved during the field trip in November/December 2019 IfaS visited Saint Louis again in January 2020 together with the German partner company KLE Energie GmbH to concretize the technical planning of the PV installation. Despite challenges inherent to the Senegalese electricity and energy market, such as electricity blackouts and limited grid connections and infrastructure, the exchange was very fruitful and resulted in a specification of the technical plan to advance and implement the PV- and battery-system together with the Senegalese partner Gaston Berger University Saint Louis. The highlight of the trip was the invitation to the Regional Renewable Energy Forum in Saint Louis, the first event of its kind organized by Le Partenariat and Enda Energie. At this event project engineer Samir Rouini had the chance to present the LoSENS project to many important stakeholders, including the Director of the Cabinet for the Oil and Energy Ministry of Senegal, M. Abdoulaye DIA. This visibility and communication of the project initiated and increased the exchange with the relevant stakeholders on a local but also national level, which is beneficial to the project’s success and long-term consolidation.